A former soldier, in the Nerf War of the 2000s, RedWings79 is a student of Bravestone Academy.

He committed home invasion during the war and wasn’t charged, and then committed assault 2 days later in the war. He is currently in Bravestone for Assault x2. 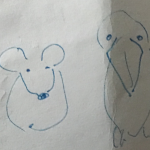